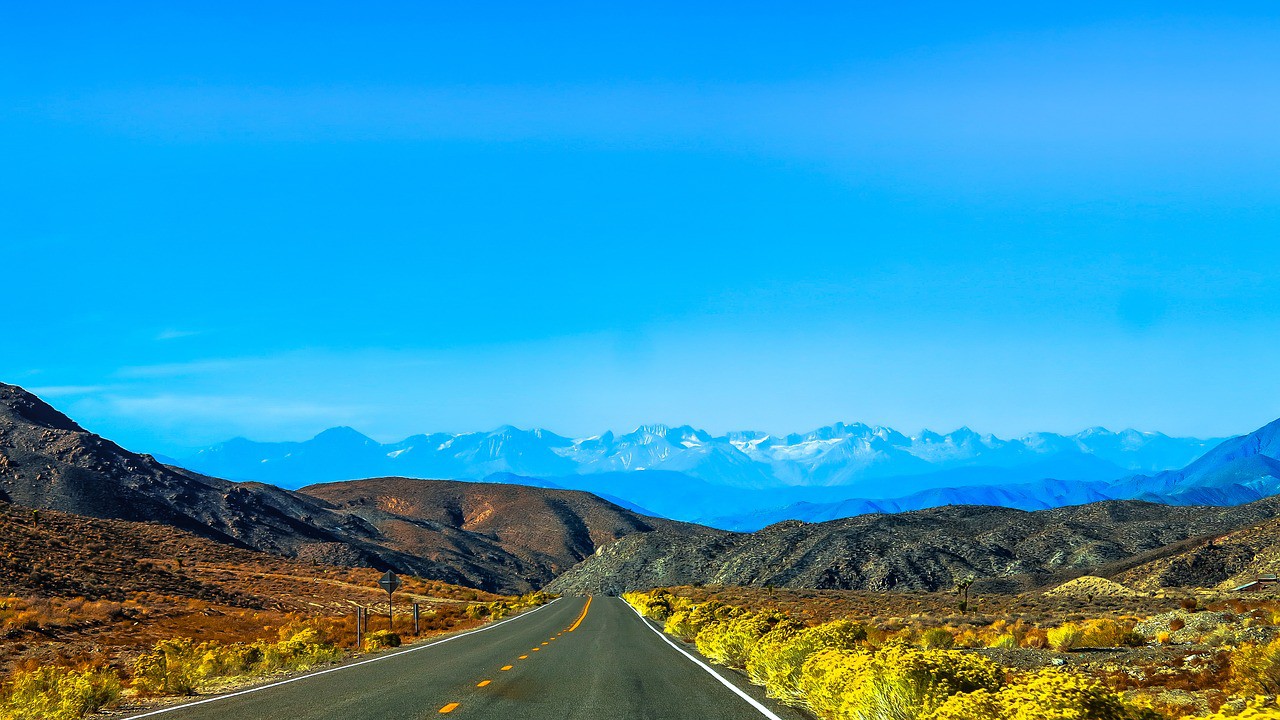 While Phoenix is the capital city of Arizona State, it is also the most populous city. As of 2018, Phoenix had 1,660,272 inhabitants.

Phoenix is the United States’ fifth most populated city.

Phoenix is part of the Salt River Valley. The metropolitan area is referred to as the Valley of the Sun.

Phoenix the the seat of Maricopa County, and in terms of size, it’s 517.9 square miles. This makes it among the largest-sized cities in the United States.

Advantages of Living in Phoenix, Arizona

Kiplinger has stated that the most tax-friendly state is Arizona.

Phoenix’s residents have a median age of 36 years. This makes Phoenix the sixth youngest metro area within the country.

In turn, Phoenix is an attractive proposition for large corporations to establish business.

The ten largest employers in Phoenix are:

In Phoenix, there are 299 days of sunshine per year on average.

December and January are the coolest months with average highs of 68 °F.

In June and August, the temperature rises to an average high of 104 °F, with average lows of 75 °F and 81 °F respectively.

4  Things to do in Phoenix.

There really is plenty to do in Phoenix, and in Arizona, in general.

If you are looking for stuff to keep you busy, check here for a list of the best things.

For those that enjoy hiking, there are countless hiking trails in the state of Arizona, particularly in the hills and the mountains.

If you are in need of refreshment, here are a few of the best restaurants in Phoenix.

Disadvantages of Living in Phoenix, Arizona

According to Zillow, the median home price in Phoenix currently stands at $242,800. Over the past year, between 2018 and 2019, home prices in Phoenix have risen by 5.5 percent on average.

The weather has been listed as one of the advantages of living in Phoenix.

However, the hot summertime temperatures – frequently over 100 °F – are too hot to handle for many.

3  Metro Phoenix is not walkable.

If you enjoy walking, Metro Phoenix is not exactly walkable, and you’ll need to rely on your own transport or public transport to get around. That is, unless you reside in Downtown Phoenix.

What do residents of Phoenix like and dislike about living in Phoenix?

I’m a military brat that has been all over, but I’ve been based in Phoenix since 1996. Phoenix is probably about the most “Eh” place I’ve ever lived. It’s not good and it’s not bad. It has some serious ups and some annoying downs. I’m just going to vomit this all out, so I apologize in advance for any lack of cohesion.

Jobs are pretty average unless you’re in tech, in which case you have a wonderful tech corridor in Scottsdale and Tempe with .Net developers in high high demand.

You have two seasons, hot and cold. The summer is short on paper, but long in reality. Spring here is amazing. Winter is hit and miss. Summer universally sucks. Flagstaff is only a couple hours away which is good if you need to see green things and remember that the world is alive. Flagstaff, the town, kinda sucks though. It’s a hipster college mountain town with zero pride in anything. It’s a clashing combination of things.

This city is VERY clean and very up-to-date which is nice, but that doesn’t come without it’s burdens. Construction can ruin your month. On the bright side, we’re often used as a test site for new technologies that become public services unless it’s telecom-related because Cox Communications owns this city.

Culture diversity here is absent. You have white culture and Mexican culture all with Native American / Sonoran peppering. Everyone else is few and far between, miscellaneous.

Food is … ok. Mexican food is pretty on point, but just about nothing in this city is fresh, so even hi-dollar meals at 4 and 5 star restaurants are lacking compared to other cities that have their own resources. Seafood is available but bland and boring. Same with beef and veggies… and everything else. If you’re coming from New York or California, the food here is going to be upsetting.

Fashion is “whatever is comfortable” for the most part. On average, women wear short shorts (or sun dresses), T-shirts, and pony tails. Guys where T’s and cargo shorts.

Standard of living is fantastic, which is probably why I still live here. You can get a 2200 square foot rental home for 1500/mo on average., and nice apartments starting around 800/mo.

Entertainment here is different from most places I’ve lived. People here are VERY into being outdoors. Hiking is a huge, rock climbing, camping, mud running and marathons in general, and the like. There’s also a lot of art here, strangely. Overall, there’s a little of everything, but nothing is particularly strong, in my opinion, especially after having spent time in New York and living in California.

This has to be one of the most non-competitive states I’ve ever been in. It shows in everything we do.

Night life is pretty must constrained to Scottsdale and Tempe, with some other areas that pop up and then die out (e.g. Desert Ridge and Westgate). Tempe (ASU) and Old Town Scottsdale are pretty reliable though. Scottsdale for the club scene, Tempe for the college bar scene as well as anything young and social. If you’re into dive bars, we have plenty of those too. Strangely, it seems that all of these types of bars are segregated to their own “types” of areas.

Music scene here is decent, depending what you’re into. Lots of local bands. All brands of metal are pretty big here in that respect. Overall, I think just about every type of music has a decent following here which is good. Live music is usually pretty good.

California and Vegas are close enough for weekend getaways. Mexico is right there too; many of my friends make weekends of that as well.

Traffic is getting worse and worse with every passing year, especially during popular seasons (spring training, phoenix open, etc…), and like many other places, people do not know how to drive — a billion times worse when it rains; it’s like people have never seen it before.

The worst thing about this city is how spread out it is and SNOWBIRDS; it takes forever to get anywhere; it’ll take you over an hour to get across (corner to corner) Phoenix in open traffic. “Phoenix” is a metro… a really big metro. On the bright side, it’s impossible to get lost in this city as it is laid out as a perfect grid where all of the “Roads” go east and west and all the “Streets” and “Avenues” go north and south (in the majority of the city). Snowbirds just fill up the city and don’t spend much money. Some claim they do, but the numbers say otherwise.

An up side to how spread out it is, if you get bored with one side of town, you can move to a different side of town and they’re totally different. There are TONS of new communities popping up around the edges of town, effectively widening the “Phoenix” footprint.

The general attitude here covers the full spectrum of left to right wingers. Most people here are approachable and outwardly friendly, but after many years of trying to place my finger on what it was I didn’t like, I discovered it is this: people are surprisingly fake. Lot’s of people-pleasers here. You never really know who is a real friend and who is just playing the part. My ex-girlfriend came to the same conclusion (she’s from Chicago). Not sure what that’s about.

Politically, we’re in an interesting period of time. This state seems to get more “pink” every 4 years. We’re traditionally red, but the liberal crowd is growing in the south-east corner of the metro pretty quick so some of the political views of the city are starting to reflect that, but as a result, conservatives at the northwest corner are starting re-assert themselves. So … that results in middle of the road like everything else here. That being said, we have a VERY tough Sheriff here. DUI is a huge deal here. Annnnd… if you missed it, this last dem/rep primary was an utter kangaroo show. Your vote is useless here.

I’ve noticed that most people that move here get stuck in whatever stage of life they’re in. If you’re hedonistic, you will always be. If you’re poor, you’ll stay poor; if you’re rich, you’ll stay rich; if you’re a working professional, you’ll stay that way. If you like this place after 3 years, there’s a good chance you’ll be stuck here forever.

I have lived in Phoenix for over seventeen years and it has changed for both better and worse. The metropolitan area has grown significantly over that time, especially during the late 90s. The population base has also changed with a large influx from California in recent years vs. the Midwest a generation ago.

Some of the pros include:

Reasonable Cost of Living – Compared to LA, Washington, DC, San Francisco, Seattle, NYC and other major metropolitan cities, Phoenix is a bargain.
Great Restaurants – A variety of ethnic, fusion and other fine dining options. I am not a big fan of chain restaurants!

Great Place for Hiking/Biking – the City of Phoenix has numerous trails that are dedicated to hiking and biking and shy away from road traffic. These trails are especially useful during the Fall, Winter and Spring. The summer heat creates its obstacles, but morning hikes can still be rewarding during the hotter months.

Access to Most of the Country – Phoenix Sky Harbor Airport is accessible to most of the country. In addition, it is easy to park and board a plane. Many different airlines service the area, most notably Southwest Airlines and US Airways.

Diversity – A true variety of people from most regions, countries, races, creeds, religions…………etc.

Excessive Heat – 110 degree plus days can be the norm during the summer months……..need I say more?

Second Rate Media Market – the new is largely imported from LA with some other notable exceptions from the AP wire. The local newspaper emphasizes the entertainment section which is a second rate rebranding of the LA Times and other LA media.

Real Estate Dependent – the economic engine in Phoenix is real estate. Ground Zero of the real estate crisis. The economy has a hard “boom/bust” history due to chasing the fast buck……………

Image by nextvoyage from Pixabay