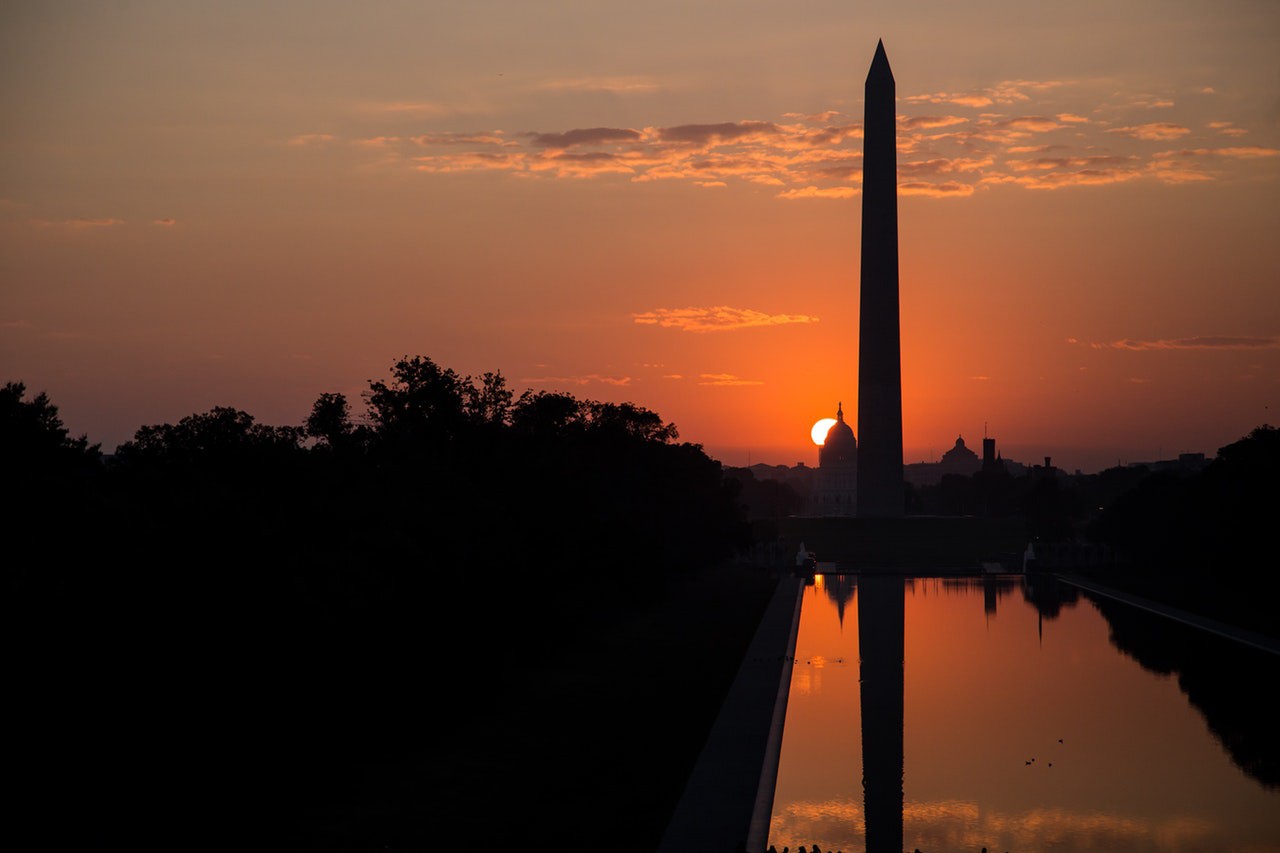 Is Washington, D.C. a good place to live?

If this were a court case and there was a jury, the decision would be thoroughly unanimous: Yes! Yes, Washington, D.C. is a good place to live!

Plenty of availability of work. Plenty of things to do.

But, as with every city, living in Washington, D.C. is not without its downsides.

If you wish to find out what some of the residents of Washington, D.C. actually really dislike about living there, please scroll towards the base of this page.

Advantages of Living in Washington, D.C.

1  There’s a lot to keep yourself and/ or your family occupied.

If you like entertainment, you’ll find a lot of it in D.C. Want cultural activities? It’s in D.C. How about shopping, outdoor recreational activities, fantastic restaurants? It’s all in D.C.

Within just a matter of a few hours of driving, there’s an array of getaways from the City.

Where D.C. is, in the mid-Atlantic area, the weather is quite mild year-round.

What’s more is that there are not nearly as many natural disasters here than there are in other areas of the U.S.

The changes of the seasons are more than amenable.

The City is home to around 694,000 peoples of different ethnicities, religions, nationalities, and of differing economic levels.

The populace of D.C. is, in general, well educated.

It’s easy to find a community that fits in well with your lifestyle.

Disadvantages of Living in Washington D.C.

If you choose to drive in Washington, D.C., you better be mentally prepared.

The traffic congestion is, oftentimes, very bad, and commuting tends to be stressful.

As for public transport – it’s in limited supply and it is underused.

In terms of employment, it’s wise to live as close to your place of work as you can. Either that, or work from home.

2  Cost of housing and cost of living is high in D.C.

Housing and the cost of living in the D.C. area, well, it ranks very high in comparison to the rest of the country. And, in this case, “high” is not a good thing.

Mind you, there’s a tendency for salaries to be higher, too, in order to compensate.

Click here for cost of living pricing and housing costs.

There’s a high level of education here, and there’s a desire to succeed professionally.

Many individuals have a tendency to sacrifice personal life for work life. As such, D.C. is not the friendliest of places and it can prove to be rather difficult to get to know your neighbors.

As a place for making new friends, that’s not a forte of Washington, D.C.

Advantage Blended With Disadvantage of Living in Washington D.C.

Because of the political demonstrations, the scandals, and Capitol Hill’s daily proceedings, Washington D.C. can be an interesting place to live.

The government, as would be expected, has a large impact on this region.

In terms of the job market, it’s strong because of governmental employers and contracts.

The global eye is always on Washington, D.C.

If you enjoy politics on full-blast, DC is a great place. If you need even a moment to “shut off” from it, then you probably wouldn’t like it.

I moved from NYC and have found the DC metro area to be a “stuffy” place to live. Said differently, DC is a cerebral place where most are degree’d to the nose, are accomplished yet neurotic professionals, and usually equate their level of employment with some grandiose sense of success.

This stuffiness also bleeds into the arts a bit, where open mic nights at a cafe for instance – usually Busboys & Poets – typically have origins in area political angst. But why be surprised? DC is the National Capital after all.

Personally, I prefer the cultural tapestry of cities like NYC and Chicago because they provide a sense of… well, freedom, to a degree. Freedom to be an oddity, to express yourself beyond the narrow focus of politics and policy, and to explore the more holistic elements of what makes you, you… through culturally enriching experiences no less.

DC’s mild southern elements give the area a bland traditional feel most times that leaves one feeling a bit self-conscious about a) not “getting ahead” as much as they feel they should or b) not having enough to buttress a status we feel we should have.

In short – DC is a good area to work and further ones education. Aside from that it feels like a land of snobs.

I was born and raised in Adams Morgan. DC is my home. I think we all know the pros of living here, and as a Tour Guide, I can remind you quickly lol.

DC is all about money.

A single 30 year old making $40,000 a year will live like a pauper after paying rent/utilities car/metro groceries, you’re broke before we get to important things like healthcare, retirement, taxes.

DC is driven by the philosophy “make more money and you’ll solve your problems”.

You’ll encounter a large number of people in DC who are not living in their passion, or doing rewarding work, because they have take that job they hate just to make ends meet.

Which brings us to this point:

DC thrives on the superficial. Where you work, where you live, what you wear, and what school you went to goes much further than your personality, moral center, artistic ability, skill, spiritual grounding, and altruism.

It’s a very common sight to walk into a restaurant, bar, or even walking down the street to see people sporting their work ID. The first impression has been replaced by the employee ID badge.

They never take them off in public either, even on their days off. The badge has become the measuring stick of respect.

Transportation. Public transportation in DC is cleaner and safer than most cities I’ve visited.

It’s not without problems though.

Metro is uber expensive with more fare increases on the way, at peak times buses and trains are packed, at night few and far between.

Taking the subway on a weekend?

Track work has been taking place for more than a decade and substantially limits service on weekends.

If you dont use public transportation its bad for you too.

Speed cameras, that have been proven to be malfunctioning, finding parking anywhere downtown is just short of a standing miracle.

Most downtown streets have no left turns, confusing and contradictory parking signs,

Politics. On so many levels. This is one I think only DC natives will understand. I’ll try to explain it as best as I can for everyone else.

Politics is nothing new to us, we’ve seen it and them all.

Kings and Queens, Presidents and Popes. Scandals and tragedies. Every spectrum of politics is our daily lives.

Now, as in 2018, you can’t go anywhere in DC without the conversation turning to politics.

Now pay attention, because here’s the onion, DC is a federal district. Which means we have no voting rights in congress.

So like, when the midterms come around and its a big deal, we have no say in that.

Our voices are not heard.

See, we had a whole revolution and war about this.

This is the very reason the colonies rebelled from England.

Insult to our injury is that the political arena is literally in our back yard.

The weather. You will go through all 4 seasons in one week in DC.

Literally a snowstorm, then 80 degrees the next day. Summers are insanely humid, and winter gets bitterly cold. Except when it doesn’t, its not uncommon to have 70 degree December days and 50 degree June day’s.

Charter schools have been an improvement.

The public school system on the other hand is an utter catastrophe.

The Heights. If your not familiar with DC and the surrounding area let me be the first to tell you, any neighborhood with Heights in the name is bad.

The nice areas have -ville in the name. Beltsville, Mitchellville, Rockville, except Forestville, they should rename that to Forest Heights.

Panic. Not the good kind like at the disco. Snow panic.

3 inches of snow will shut this city down.

The way people cleared out the stores before y2k, it’s like that.

The government shuts down, schools close, buses stop running, businesses close, dogs and cats in the apartments together.

The Rivers. Potomac in the west, Anacostia in the east, Tiber underneath.

3 rivers run through DC, and they are the bane of our summers.

Here’s why, you can’t swim in them because they’re gross, most people wouldn’t knowingly eat anything that came out of them for the same reason, and third, they are the source of our humidity in the summer and spring.

Also Potomac is downriver from the Cumberland mountains so anytime it rains in the midwest it floods. (Fun fact, most people have no idea about Tiber, or how to see it.)

To the casual observer it might, but it’s only because they haven’t been here long enough.

A restaurant will open, close and reopen as something else, but has the same owner, the same staff, and the same concept.

Likewise in other businesses.

The things that change are the people and the real estate.

The city as a whole only changes on a superficial level, much like the White House, it just gets a fresh coat of paint, but underneath its the same as its always been.

Douglas Pendleton says: Only thing I really dislike is the traffic at times and parking but other than that D.C. is fine.

Larry Boyer says: I think there is one universal answer – traffic. The Metro braking down too. Basically it’s transportation, getting from point A to point B.

If you get a different answer, they are probably trying to come up with something different.