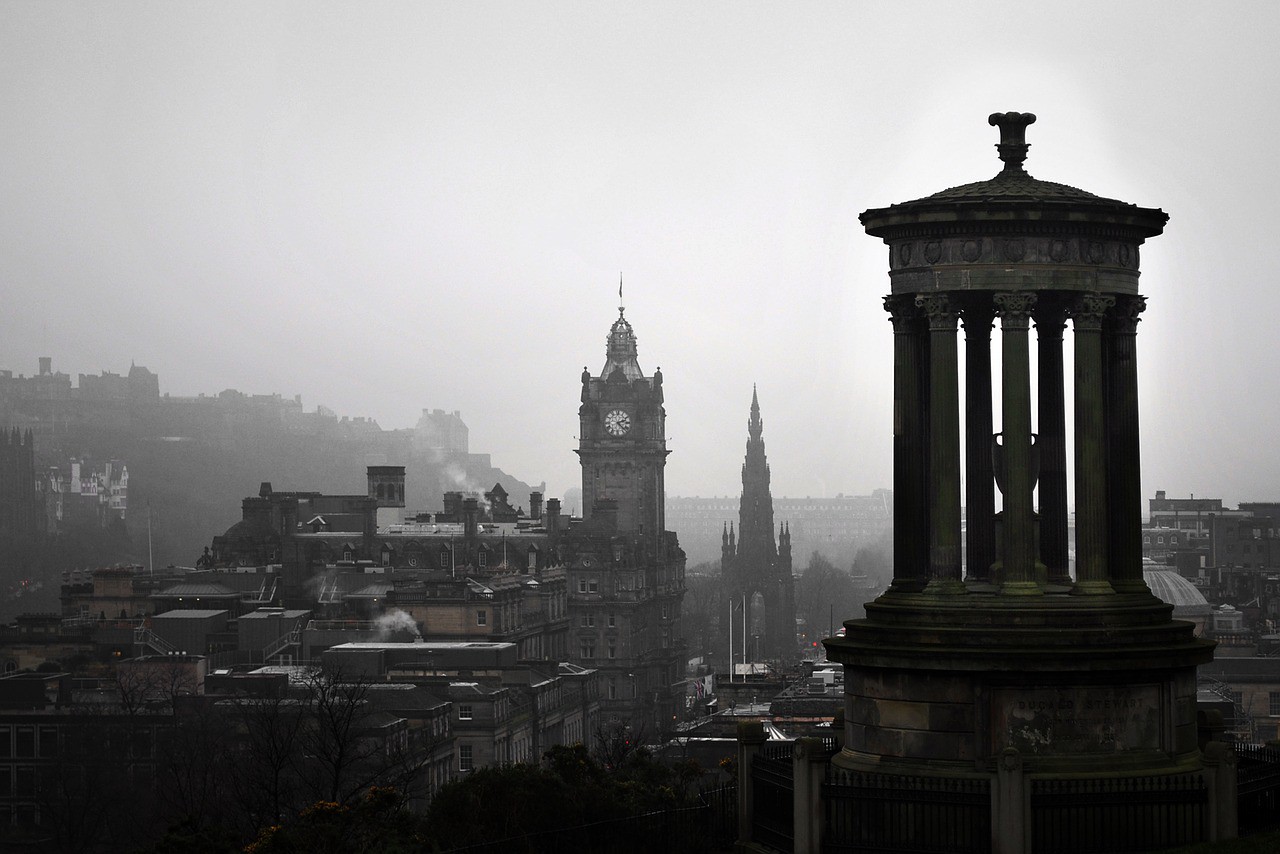 How you determine the advantages and disadvantages of living in Scotland really depends on your needs and your personal viewpoint. Just as it would be for any country.

Having lived in Scotland for 35 years, which should come as no surprise, since I was born there, I’ve also lived in England for eight years and in various Asian countries (Malaysia, Philippines, China, Thailand) for ten years.

Purely though choice. I loved the idea of living in exotic countries. Though, China was work-related, the other countries in Asia that I lived in were in no way work related.

But anyway, for me to make comparisons is pretty easy.

Nevertheless, even for me, I have my own requirements and desires. Hence, you could say I’m biased because of that.

For this article, though, I put aside my bias, at least to some extent. And to do that, I’ve sought the viewpoint of others as opposed to simply relying on my experience.

What are the Advantages of Living in Scotland?

1  In Scotland – in the UK – we get an average of 28 days of paid vacation each and every year.

Compare that to the U.S. where most people enjoy a pittance in terms of paid vacation – ten days on average.

You may be wondering what the NHS is? National Health Service – medical care.

Again, the NHS is nationwide (Scotland, England, Ireland, Wales), and not just in Scotland.

Many folks complain about the NHS in the UK – almost all the complaints coming from residents of the UK who seem to take the service for granted. Too long to wait, blah blah blah…

Compare what we have in terms of free healthcare in Scotland, in the UK, to the vast majority of other countries, and, really, the NHS is totally awesome!

And, yes, in most respects, depending on your needs, as a UK resident, you get FREE healthcare in all of the UK.

3 History at its finest.

Personally, I love the history of Scotland, and I think that most visitors to Scotland also fall in love with this small country’s history.

In Scotland – in the UK in general – we don’t habitually condemn our older buildings in the way you find in countries such as China.

When I was living in China I was surprised and saddened to find that the history of the place in general, inclusive of the old-style buildings, has all but vanished.

Sure, you can visit Beijing and go to Tiananmen Square, the Golden Palace, the Great Wall, and what have you, but in Scotland, almost anyplace you go, there are historic buildings that are at least 100 years old. Many of these buildings are over 500 years old – you will not experience that in the U.S. And it’s a rarity in China.

If you go to the capital city of Scotland – Edinburgh – there’s history all over the place, even in the very center of the city where the castle towers above everything else.

And, where there are old castles you get ghosts – or at least stories about ghosts.

Some people say that the castles are like, from a fairytale. Hmmmm… I don’t have the same way of thinking. Most of the castles in Scotland have many a bloody tale to be told, to say the least. There’s nothing fairy-like about the history of Scotland.

Scotland is like a mass of history which stretches back 8,000 years and more.

I wasn’t too sure about this one, but the folks I talked to assured me that in Scotland, and in the U.K. in general, public transport is a cut above most other countries.

From my point of view, yes, the public transportation system in Scotland and in the U.K. generally, is much superior to every other country I’ve lived in and many more countries besides.

But, even so, it’s not exactly cheap.

So, for me, while public transport in the U.K. is indeed excellent, there are some downsides to this excellence. But that’s just me – a bias on my part.

On the other hand, Scotland, and the U.K. in general, is in close proximity to Europe (we don’t see ourselves as part of Europe or as being Europeans in the U.K., and we never have).

You can snag some amazingly cheap flights back and forward to mainland Europe from Scottish/ British airports. Ideal for a weekend get-away.

5  The Scottish people are friendly.

I mean, like, not everyone in Scotland is friendly.

But, overall, I’ve found the Scots to be more friendly than the English.

For sure, if you reside in someplace like Philippines, or in China, for example, as a “white skin,” you’re something of a novelty. So you find that people, generally speaking, are friendly (ish) towards you because of that. Or, because all “white skins” are thought to have lots of money, and money does tend to attract “friends.”

Then, in the U.S., folks are friendly towards you when they hear your “funny” accent. In the U.S., the Scottish accent is “cute.” Or, you might hear something like, “Oh, you sound like James Bond when you talk.” In my case, that would be Sean Connery, since we are both from Edinburgh.

But, as a foreigner in Scotland, which, I too am these days, the Scottish people are often more than welcoming.

What are the Disadvantages of Living in Scotland?

1  The weather isn’t the best.

Living in someplace like the Philippines, Malaysia, or Thailand, and people would say to me “isn’t it too hot here for you? You’re used to the cold weather because you come from Scotland, right?”

My response would be along the lines of “I never did get used to the cold weather.”

As some expats in Scotland would say, when you’re already used to enjoying sunshine on a daily basis, it’s not easy to get used to seeing sunshine perhaps only five days each month – even in the summer months.

Yes, property in Scotland is very costly. But property in most parts of England is even more expensive. Like, with a capital “E”!

Mind you, since I was a boy and living in Edinburgh, the cost of property in Edinburgh has absolutely skyrocketed. Big time!

If you head up to the northern parts of Scotland, avoiding Inverness and some parts of Aberdeen, you can find property for a “reasonable” price.

When I say “reasonable,” I mean in comparison to the prices you find in most parts of England.

There is one more thing about property in Scotland, and in the U.K. as a general rule: Size.

In comparison to, say, the U.S., for example, the size of the properties in Scotland, and in the entire United Kingdom, are poxy. Poxy means ultra small.

In fact, it’s  not only the sizes of the properties that are smaller in Scotland/ U.K. than in the U.S. It’s everything!

In Scotland, like the rest of the U.K., the cost of petrol, otherwise referred to as gas, is very high.

Compare that to where you come from and it’s likely that the cost of petrol in Scotland/ U.K. is far higher.

But then, the cost of keeping your own car on the road in Scotland/ U.K. is also sky high.

Best stick to public transport if at all possible, even though, for the most part, it’s not exactly cheap either.

4  You miss family and friends.

Well, that would be true if you move away from where your family are. And you can, possibly, make new friends (unless the cultural differences are very sizable, in which case, making new friends isn’t necessarily so easy).

Hmmm… this one can be a tough one to crack.

From my experience, cultural differences can sometimes play havoc on your peace of mind. As it does with many, if not most, expats in any country.

But, to be honest, if you are from another English-speaking country and you relocate to Scotland, I don’t perceive cultural differences to necessarily be a huge issue, really.

It’s when you don’t speak the language and your culture is almost completely different that cultural differences really start to hit home.

Now, it’s all well and good to go and holiday in some place for a couple weeks and then say that you loved everything about the place. But it’s very different when you’re actually living there rather than holidaying there.

Cultural differences as an expat can prove to be, at times, overwhelming.

What do I mean here? The language? We speak English in Scotland, don’t we?

Well, yes and no, actually 🙂

The Scottish accent can be troublesome to fathom until you gain a familiarity with it.

The Scottish slang can be troublesome to fathom until you gain a familiarity with it.

Those two combined together can make it a nightmare scenario, even for someone who speaks English as their native language, to come and live in Scotland.

But, if you don’t speak good English – perhaps English is your second language or not even a language you’ve used previously – then you’re in for some fun, I’m telling you!

The word “fun” I use in a very much tongue-in-cheek fashion.

Just put it this way: It can be difficult to understand someone who speaks with a broad Scot’s accent.

Image by Fabio Wanderley from Pixabay