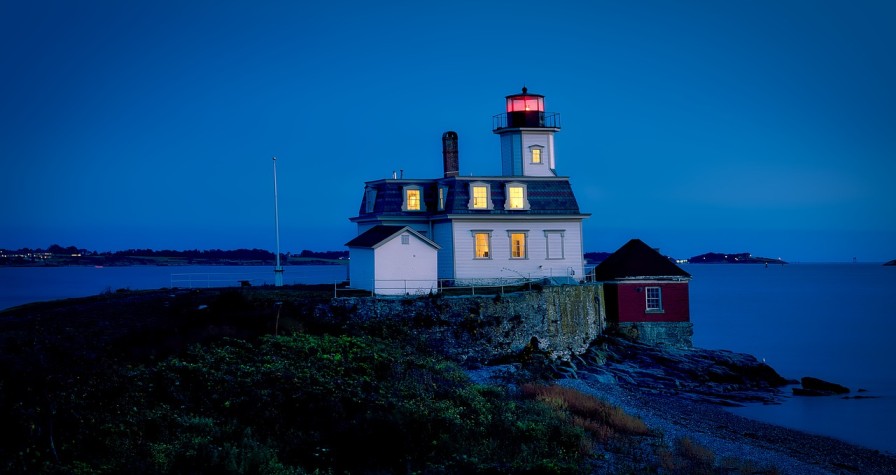 What’s it like living in Rhode Island – The Ocean State?

Rhode Island, which officially is the State of Rhode Island and Providence Plantations, is, in terms of area, the smallest U.S. state.

Oddly, it’s the seventh least populous state, and yet, in terms of density of population, it’s the second most densely populated state.

The Colony of Rhode Island, as it was in 1776, was the first colony from 13 colonies to renounce allegiance to the British Crown.

The official nickname of Rhode Island is “The Ocean State.”

This nickname is a reference to the number of inlets and bays which make up around 14 percent of Rhode Island’s total area.

Advantages of Living in Rhode Island

According to CityRating.com, the crime statistics for Rhode Island indicate a downward trend. This is based on data taken from the previous 17 years and reflects the amount of property crime as well as the amount of violent crime.

It is expected, accordingly, that the crime rate for the state of Rhode Island will be less during 2019 than for previous years.

3  Little to no traffic congestion

Traffic delays on Rhode Island, regardless it is the second-most densely populated state in the U.S., are not at all commonplace.

This small size, together with the lack of traffic delays, means you can reach your destination within the state inside 60 minutes.

Rhode Island is not short of top schools.

Here’s a list of the top 25 schools within the state, care of niche.com.

Rhode Island isn’t nicknamed “The Ocean State” for nothing.

Really, it’s hard to beat the sheer variety of beaches on offer in Rhode Island.

It’s a tiny state, but Rhode Island is home to more than 40 miles of coastline.

Along that 40-mile stretch, there’s something for everyone: Small surf; big surf; peace and quiet; you name it…

Here are 7 of the top beaches in Rhode Island (2019) according to Town & Country magazine.

Disadvantages of Living in Rhode Island

1  Cost of living in Rhode Island

According to stats collated at bestplaces.net, the overall cost of living in Rhode Island is (as of end of 2018) 19.4 percent higher than the average for the nation.

The cost of housing for buying and renting is 43.8 percent higher in Rhode Island than it is in comparison to the nation’s average.

CNBC collated a list of “The Most Expensive States to Live 2018.” At number 9 on that list was Rhode Island.

As a state, Rhode Island has the second-highest population density in all of the U.S. Is this a disadvantage? Perhaps for some, yes, it is.

As of the end of 2018, the U.S. Census Bureau estimated the population of Rhode Island to be 1.057 million.

The total landmass of Rhode Island is approximately 1,700 square miles.

There are some very strange laws in the States.

There are a few very strange laws still in effect in Rhode Island.

Here are four of the “best.”

1  You cannot, by law, bite someone’s limb off when you are in Rhode Island.

2  You cannot, by law, take a horse out on the highway to test its speed when you are in Rhode Island.

3  You are not permitted, by law, to duel in Rhode Island. So, what this means is that it is unlawful to accept a challenge to a duel. It is, likewise, unlawful to provoke someone into a duel.

4  By Rhode Island law, you cannot coast downhill in your car in neutral gear.

Image by David Mark from Pixabay