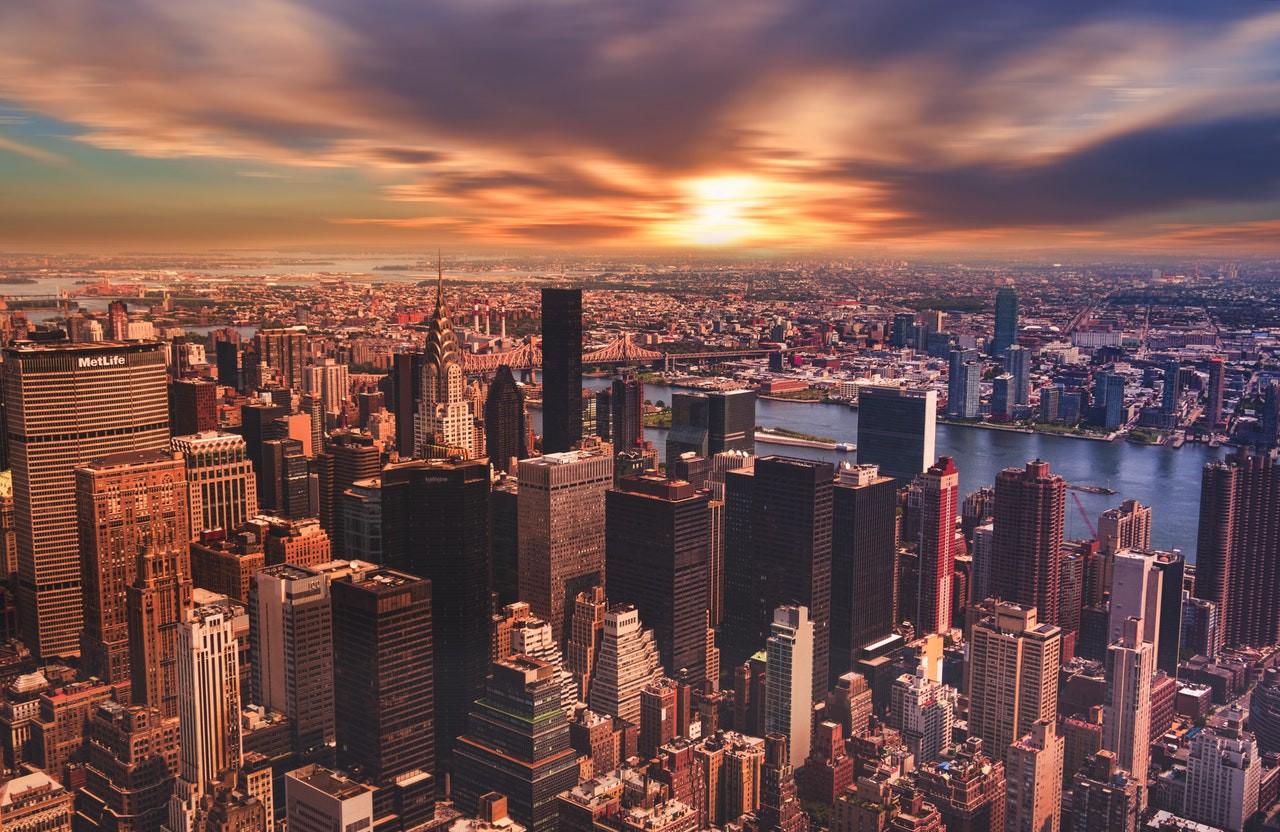 New York City has a variety of nicknames that it’s known by:

It’s the most densely populated city in the United States, too.

In 1898, these five boroughs were consolidated to make New York City.

What are the advantages of living in New York City?

And how about the disadvantages of living in The Big Apple?

Advantages of Living in NYC

1  Everything’s available to you at “a moment’s” notice.

Regardless of which season it is, there’s just so much availability in NYC.

You can enjoy movies on the rooftop during the summer months (this one does depend on the season); You can have pizza delivered to your door at 3am;  You can have Champagne delivered to you wherever you are in the City; You can get picked up by Uber and transferred to the other side of the City at any time of day or night.

Living or visiting NYC? You don’t need a car. The subway will take you to practically anywhere you wish to go.

There are taxis: there is Uber and Lyft; there are buses aplenty.

To make things cheaper in terms of subway and bus, consider making an investment in a MetroCard.

Touching on point number 1, the convenience when living or visiting NYC is top-notch.

If you want to use a public toilet, you pay via an app on your phone.

You need some groceries to be delivered to your door within an hour or two? There are apps for that, also.

In New York, life is about being efficient with time. This is why the city, so it seems, is set up in such a way – so that time can be saved wherever possible.

If you want to enjoy some of the very best food in the entire world, come to New York City.

There’s everything you want here in terms of food choices.

5  Get your career on track.

There are jobs available in NYC in their thousands.

If you want a career in finance, in fashion, in advertising, in modeling, in marketing, in whatever, really, you can find it here in NYC.

If you are looking for some City-centralized green space to escape the streets for a bit, Central Park is the place to be.

In terms of urban green spaces, Central Park is, arguably, among the most beautiful parks in the world. The views in every direction from the Park are quite amazing.

Disadvantages of Living in NYC

1  You need money. You need lots of money!

Anything from rent through to buying a cup of coffee on the way to work and, in NYC, you’ll pay for it – big time!

In this sense, because you need a lot of money to survive in NYC, it – the need for money – has a tendency to take over your life.

You tend to walk a lot in NYC. Sure, the public transport systems are excellent. But you still walk a lot. That becomes physically tiring, fast.

You tend to work a lot in NYC. If you don’t, it can be tough to afford life here.

There are a lot of people here – over 8 million. It’s quite difficult to get away from other people. For some, that’s a buzz – for others, that’s a drain come true.

This is the city that never sleeps. That scenario can become draining, fast.

3  Holiday days are… erm… not enough.

Most people in NYC – most people throughout the U.S. – get about ten days off annually. You get some federal holidays added on top.

That pales in comparison to places like the U.K. where you get 28 days paid holiday annually.

Added to the amount of hours you have to work in NYC to simply afford to pay the bills, and you soon start to realize that life is mostly about blending together work and sleep with little time for anything  else.

No, not NYC in general. But the size of the apartments are, unless you have a lot of money, very small.

I know quite a few NYC residents that spend all they can afford on their rent with little money left over for much else. And yet, their living quarters are, hmmm… petite, shall we say.

5  The volume of traffic.

Noisy and heavy. Both words to describe the traffic in NYC, no matter what time of day or night it is.

There’s the constant threat of terrorism in NYC. The City, after all, is the number one target for terrorism in all of the U.S.

In winter, it’s bitterly cold. The average temperature for January in NYC is 36 F (2 degrees centigrade).

While it’s certainly not the worst in terms of weather and climate, there are numerous other cities in the U.S. that are more amenable.

As a resident, or even as a visitor to NYC, having a “thick skin” is a necessity.

If rudeness or aggressiveness from others is particularly offensive to you, it will be tough going to last in NYC for any length of time.

9  Crazies on the streets of NYC.

10  Rats in their millions.

Scientific studies have concluded that in NYC there are around 2 million rats.

Having that many rats in any city means that these little critters can get almost anywhere.

Anyone fancy a pizza?

Photo by Quintin Gellar from Pexels