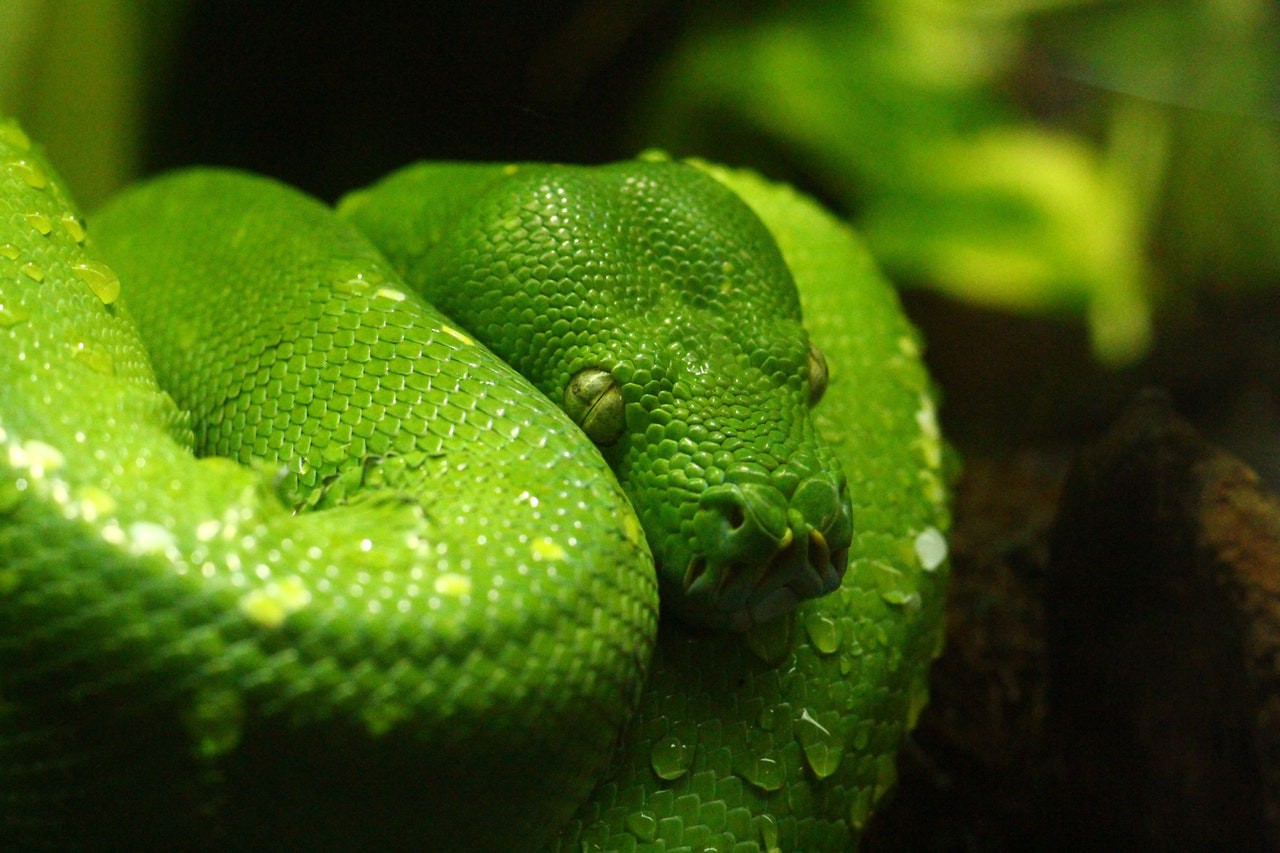 Thinking about investing in a snake as a pet? What are the advantages and disadvantages of keeping snakes as pets?

Typically, people have dogs and/or cats as pets.

However, dogs in particular do require plenty of commitment. You can’t exactly go away for a weekend break and leave your dog alone in the house for the entire weekend. Well, not unless you have someone to pop in from time to time to tend to its needs.

Not, of course, meaning that snakes don’t require some attention.

They do still have needs.

Advantages of Keeping a Snake as a Pet

1  Not much maintenance required

Otherwise, however, snakes don’t want for much attention.

Unlike a dog, there’s no walking or exercising.

And just like other reptiles, they are cold-blooded. This means they are happy to remain inside their tanks all day long.

Reptiles are not in the habit of forming bonds with us humans. As such, if you don’t have the time for playing and cuddling, snakes will not get upset about it.

2  As a pet snakes are clean

Snakes don’t make a mess in your home like a cat or a dog.

They don’t dirty your carpet. They don’t scratch your living room suite. And they don’t whine or meow to get in or out.

Disadvantages of Keeping a Snake as a Pet

There is the argument that any phobia can be overcome through facing up to your fear.

However, if you do have a fear of snakes, it’s better to face that fear by visiting your local zoo or wildlife education center as opposed to investing in a snake as a pet.

If you keep an animal – any type of animal – inside your home as a pet, you need to be perfectly comfortable with that animal from the get-go.

If you don’t like to handle rodents, or you have a “thing” for seeing rodents being consumed, having a snake as a pet might not be a good investment.

What Should You Look for in a Snake if You Want to Keep it as a Pet?

Unlike cats and dogs, snakes have not become domesticated animals. Keep in mind that a snake maintains its natural instincts as a way to survive. Hence, snakes are still “wild.”

If you decide that a snake as a pet is a good investment, make sure you research the type of diet that your particular snake has a preference for.

Many snake species like to consume mice and rats – the entire mice or rat in one swallow.

You can feed a snake a live mouse or rat. Nevertheless, the recommendation is to feed rodents that are already dead.

Rodents can become desperate when cornered. And, fact is, it’s possible for a cornered rodent to injure a snake.

On average, a domesticated snake will live for around ten to 15 years. It depends on the species, and it depends on the actual snake. After all, some cats, for example, live until they are 18 years of age.

Ideally, if it’s your first pet snake, you’ll be wise to invest in one of the smaller-sized species of snake.

The larger the snake, the more living space it requires. And some larger-sized snakes benefit more from specialized accommodation.

Red-tail boa : grows to around ten feet in length; can live for up to 30 years.

Ball python: arguably the most popular pet snake; very evenly tempered; grows to between three and five feet in length; can live for several decades.

Blood python: can be a bit temperamental; grows up to eight feet in length; beautifully patterned.

King snake: grows to six or seven feet in length; eats other snakes so must be housed alone; beautifully colored.

Milk snake: grows to between two and three feet in length; very popular among snake-as-pet owners.

Black rat snake: can grow to almost 12 feet in length; as the name suggests, black in color; more active snake species, and in some ways, its living habits resemble a rattlesnake.

Corn snake: grows up to five feet in length; ideal snake for the beginner.

Photo by will from Pexels