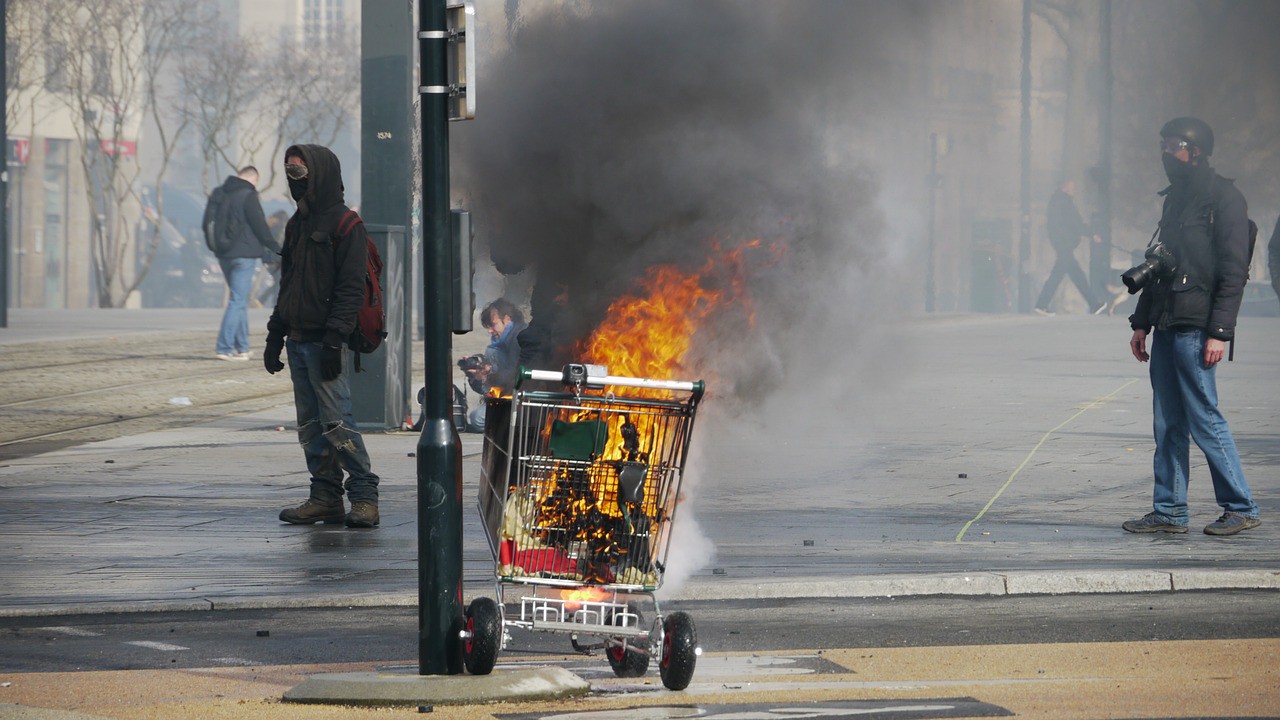 “Disobedience is the true foundation of liberty. The obedient must be slaves.”

“One has a moral responsibility to disobey unjust laws.”

― Martin Luther King Jr.; American Baptist minister and activist who became the most visible spokesperson and leader in the civil rights movement from 1955 until his assassination in 1968.

Protesting has successfully been used to advance a specific societal agendas – to achieve a certain societal outcome.

In many instances, protests have been very successful…

Gandhi’s Salt March in 1930, while initially unsuccessful (Ghandi was jailed), was, over the long term, successful, given that it drew enough national momentum and was thus instrumental in India’s independence which occurred some two decades later.

In other cases, protests have failed in achieving their goal/s…

The Tiananmen Square Protests in Beijing in 1989, while followed internationally by the media, failed to achieve its goal. And, even to this day, the Chinese government censor its occurrence, regardless that in almost every other country around the world, most people are completely aware of it.

So what are the advantages and disadvantages of protesting?

Through protestation comes awareness – awareness of the challenges that the protesters (which almost always also includes many others besides the protestors) face.

Protesting, oftentimes, is a way to get those with the powers to alter the current scenario to, indeed, make those alterations. In other words, it’s a method used to gain attention and to push for action.

Accountability is brought upon those that are in power. In this sense, protesting can bring about a level of accountability.

Protesting can help in bringing about a resolution to an issue or issues by attracting attention to that or those issues.

Peaceful protesting ensures that society remains at least somewhat democratic. Protesting permits people to demonstrate their views devoid of interference from those that have an opinion to the contrary.

6  Protesting for change of policies

Through protest, change of government policy can be achieved.

Protesting allows individuals and groups to express their views. Views that will, hopefully, be heard by those with the powers to bring change.

Protesting can be used to push for reforms in societies where systems perhaps don’t generally work too well.

1  Protesting does not always bring about change

There are times when protesting leads to destruction as opposed to change for the better.

2  Protesting can lead to unemployment

In some countries, protests do not bring about change for the better. Rather, protests can bring about destruction of the economy. In turn, this leads to unemployment and many other related and unrelated problems.

While the majority of protests worldwide are peaceful, there are times when protests can become violent. In more extreme circumstances, this can mean death. Death can bring about destruction within society.

Touching on point number 3, protests can, and sometimes do, lead to injury. Injury can occur during the protest, or may occur in the form of retaliation after the event.

5  Protests do not always provide a successful means of expression

Depending on the circumstances, protests may not be a valid form of expression. If the thoughts being expressed through protest are not acted upon, there’s little to be gained by protesting.

As noted, some protests degenerate into violent affairs. Along with violence often comes detriment to property.

Some individuals do not share the common goal of the protestors, regardless, at face value, they do. In other words, for some, protests are merely about advancing personal agendas.

Image by Gaëlle Laborie from Pixabay